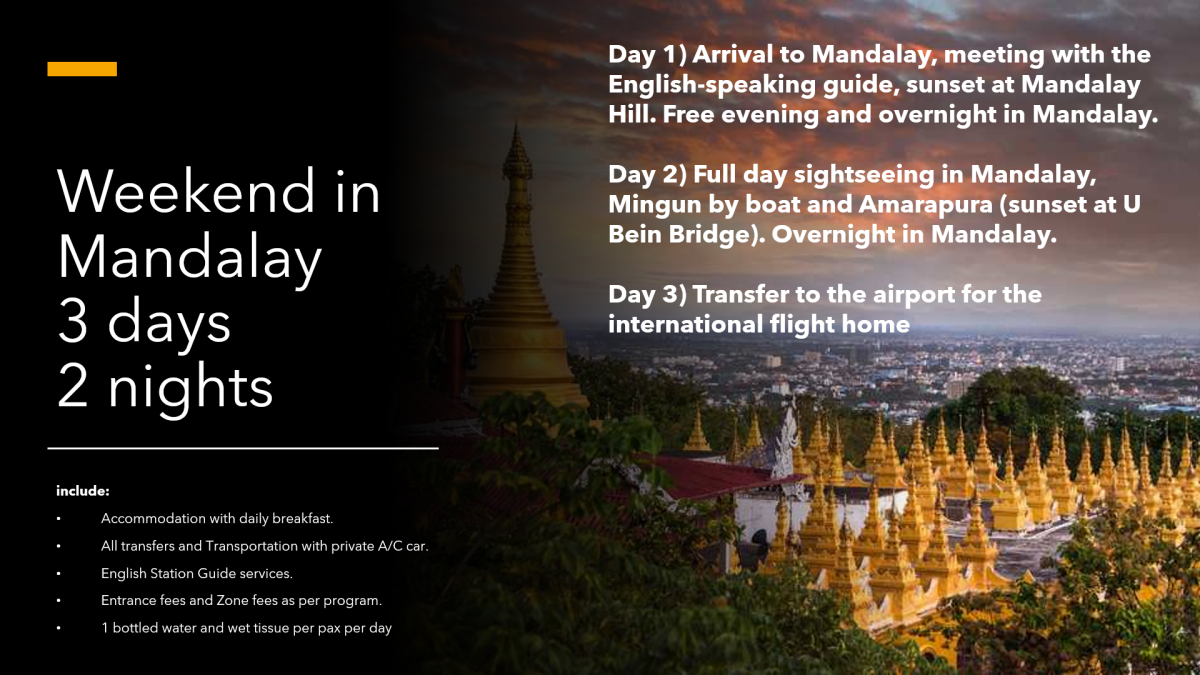 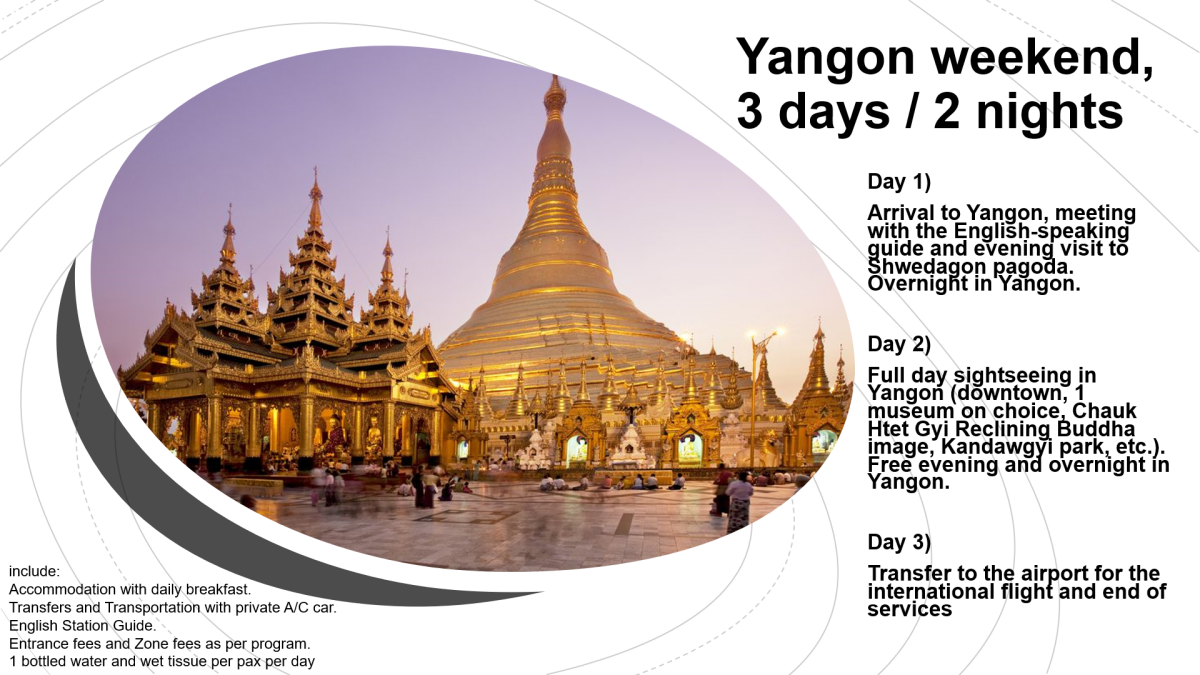 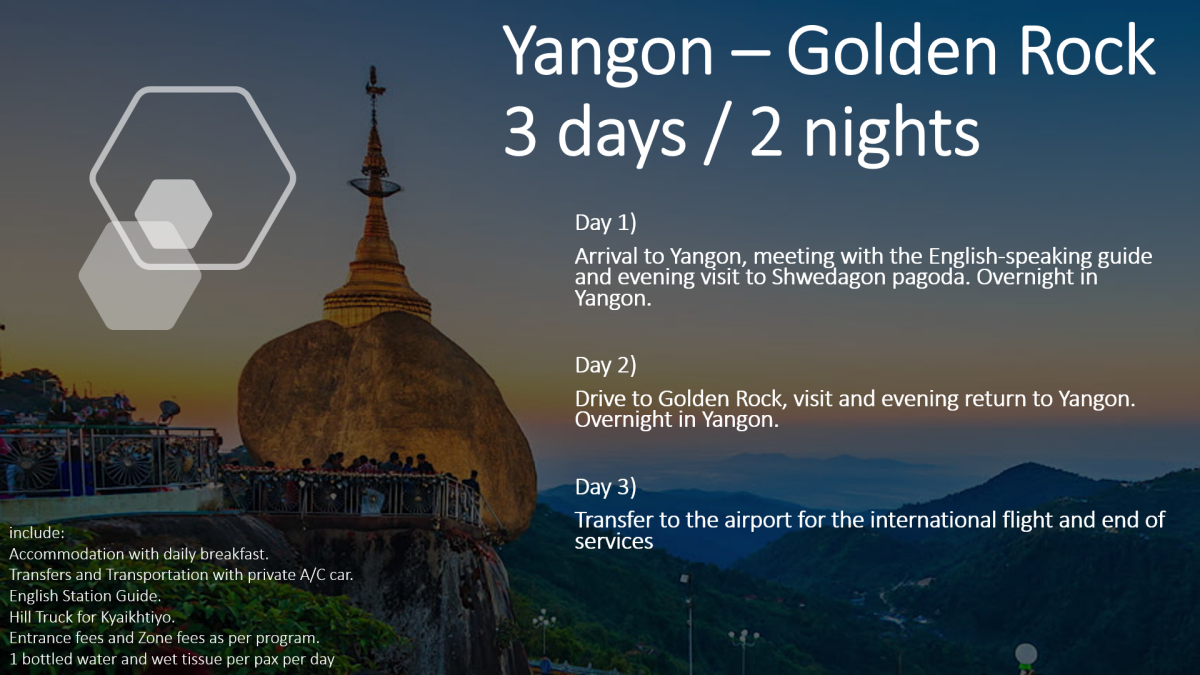 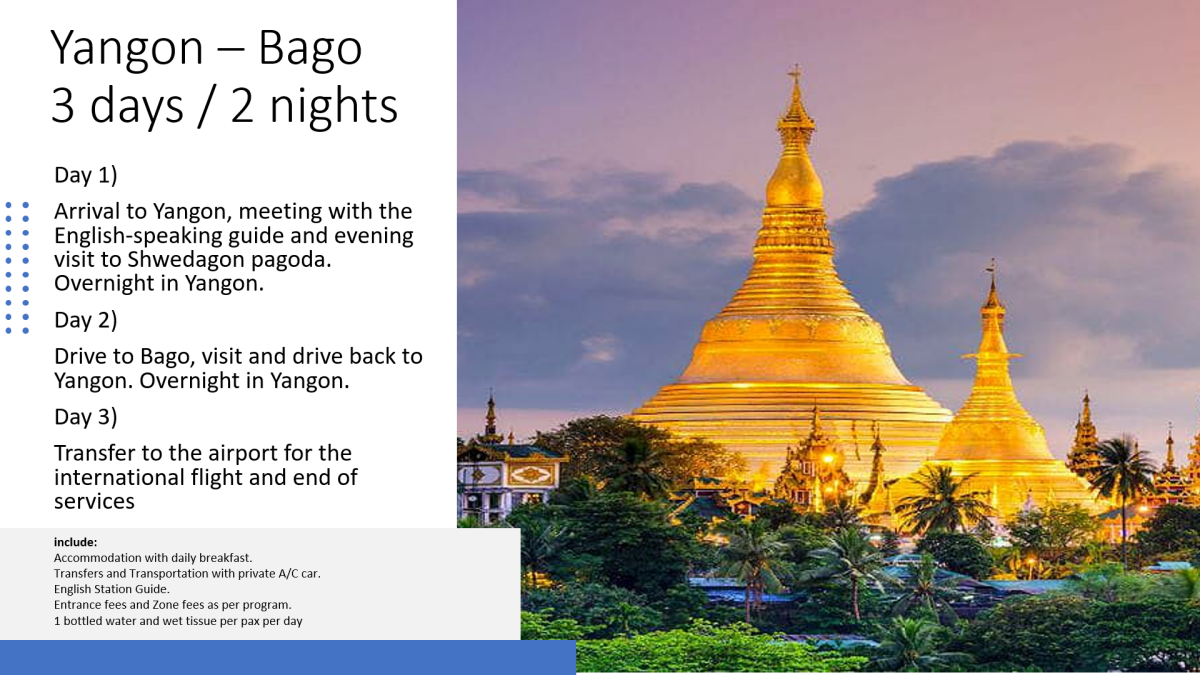 Finally, after five decades of military rule, Myanmar has a democratically elected, civilian-led government headed by president Htin Kyaw, close aide of pro-democracy leader Aung San Suu Kyi. With joy and smiles on every corner now is the time to visit, while the time-warped country teeters on the brink of great change. Like Berlin after the collapse of the wall, or Cuba after travel restrictions were eased, it's the lucky few who get to say, "I was there when…"

BUY SOME CRACKING ART IN YANGON

Over the last few years, as the military rule lost its grip, Myanmar's counter-culture art scene began to emerge. Today, with the new government firmly in place and the country open to outside influences, Yangon is set to enjoy a creative boom. The works of Myanmar's contemporary artists can be seen at River Gallery in their new premises in Chindwin Chambers on 38th Street.

Red Mountain Estate Vineyards and Winery has been producing cool-climate wines on the shores of Inle Lake since 2003. With a climate similar to Burgundy and a French winemaker (named Francois, no less) the estate produces shiraz, pinot noir, sauvignon blanc and chardonnay, offering cellar-door tastings and local Intha cuisine in their mountainside restaurant. The chardonnay is the pick of the drops, having won bronze at the international Chardonnay du Monde awards held in Burgundy France in 2013. Reached easily by bus or bike from the nearby town of Nyaungshwe. Four tastings cost 3000 kyat ($3.25).

If Myanmar had a hipster hangout, this stylish tea house in Yangon would be it. Climb the creaky wooden staircase for cool cocktails, local teas and traditional dishes with a stylish twist (think forbidden rice pancake, banana blossom with chicken salad). Black and white Burmese movies playing on the wall keep the modern space grounded in the past. 2nd floor, 77-79 Pansodan Street, Yangon.

But don't miss sitting on plastic chairs at a local tea shop, where for 300 kyat (35¢) you can choose between a sweet tea, bitter tea or a "less" sweet tea (representing different proportions of condensed milk, evaporated milk, salt and fermented black tea). Chinese-style green teas are complimentary, while dumplings or rice noodle soup cost a few kyat more.

DO THE TIME WARP: ON THE STREETS OF YANGON

This is Myanmar's moment, with the country's major city Yangon poised to become the capital of cool again – the blueprints are on the table and the painters are moving in. In the meantime the faded and peeling colonial-era buildings and jazz-age mansions are still cloaked in the dishevelled charm of days long gone. Start at the former government offices where General Aung San, father of Aung San Suu Kyi, was assassinated in 1947. Abandoned for the last 10 years, plans are under way to turn it into a hotel and museum. Pause at the newly renovated The Strand hotel for a G&T alongside the ghosts of Rudyard Kipling and George Orwell, before continuing past stately buildings such as Custom House, Central Post Office and the British Embassy.

DO A CRUISE ALONG THE IRRAWADDY RIVER

River cruising is booming, with operators building new ships at an unprecedented rate. Most ply a section of the Irrawaddy River between Mandalay and Pyay (or vice versa), visiting UNESCO-listed sites and off-the-path villages, adding a number of land-based days either side. Tour company Scenic is set to launch the 44-passenger Scenic Aura (with 22 luxury, one-bedroom balcony suites) offering a 14-day Mystical Irrawaddy cruise and tour, including a 10-night cruise on the Irrawaddy River.

Not a side dish to a Burmese curry, biryani or Mohinga, but a hero dish in its own right. The core ingredients are pickled tea leaves (lahpet) and a collection of fried beans, toasted sesame seeds, roasted peanuts, fresh tomatoes, shrimp and fried garlic. The leaves are picked in the spring when they are young, steamed, packed into bamboo vats and set in pits. The resulting salad is tangy, earthy and crunchy all at once, and differs slightly from place to place. In the past lahpet was used as a peace offering between warring kingdoms

Once known as Scott's Market, the sprawling bazaar in Bogyoke Aung San Road in Yangon has been selling everything from puppets and paintings to jade and gemstones since 1926. What at first seems like a tangled mess is actually well sorted into categories, with jewellery in the main row and everything else radiating from there. In between the touristy trinkets it is possible to find authentic handicrafts, old coins, notes and medals, locally spun textiles and silk clothing.

TREAD THE BOARDS ON THE U BEIN BRIDGE

Spanning Taungthaman Lake near Amarapura, the 1.2-kilometre U Bein Bridge is said to be the world's longest and oldest teak bridge. Built in 1850 from timber reclaimed from a former royal palace it also perhaps the world's most rickety. Standing on rotting legs, reinforced at intervals by concrete posts and missing most of its side rails, it's a relief to make it to the other side. Once across catch a rowboat back and enjoy the sunset, as the bridge becomes a gangly silhouette against a peach-coloured sky.

From Heho airport it's a pleasant drive through fields of yellow rapeseed to the backpacker town of Nyaungshwe (stop at Shwe Yan Pyay Monastery along the way). From here take a bike or bus (or boat along the canal) to the lake itself, a 22-kilometre indigo blue lake in Myanmar's Shan state. From the water you can stop at floating markets, take a cooking class, visit a weaving village or pull up at Hpaung Daw U Pagoda. During the late afternoon keep an eye out for the 'one-legged' Intha fishermen.

For a taste of old Myanmar visit Inwa, the island not far from Mandalay that served as Burma's capital five times between 1365 and 1842. Today, this quiet backwater (reached by ferry) is best enjoyed by horse-drawn cart, the open sides and plodding pace the perfect way for viewing the crumbling pagodas and relics. Negotiate with a driver to take you on the 5-kilometre circuit stopping at Bagaya Monastery, the old city walls, Maha Aungmye Bonzan monastery and the "leaning tower" of Inwa.

To experience one of Yangon's most ethnically diverse neighbourhoods catch a ferry from Pansodan terminal in Strand Road across the Yangon River to Dala. Here you'll find a gaggle of peddle-powered trishaw drivers ready show you around their small fishing village (negotiate a price first). Squeeze into the side chair (warning: not very comfortable for Western-sized butts) and enjoy the ride amid Hindu temples and Buddhist pagodas, pausing to watch children playing soccer and old ladies mending nets. Wander the local markets or enjoy a snack at a traditional tea house. Without a bridge connection to the mainland, tourists are still are novelty, with children jostling to offer high-fives as you whiz past.

It's a well-known fact: temple fatigue usually sets in by the fourth (some say third) stupa at which one is expected to marvel. The best way to beat it is by retiring to the swimming pool of the Aureum Palace Hotel, where you can continue to enjoy the views over the temples of Bagan while doing laps. The lavish accommodation is divided into villas, which have separate living areas, spa baths and private verandahs (many with views over the surrounding temples) and deluxe rooms, which are smaller, but convenient to the restaurant, bar and swimming pool.